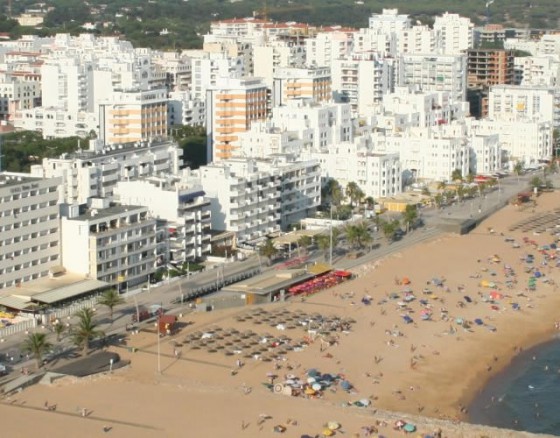 Quarteira is a coastal civil parish, located along the southern extent of the Algarve fronting Albufeira Municipality to the west (in the parish of Olhos de Água). In addition, the local area authority is bordered in the east by Almancil, northeast by São Clemente, north by São Sebastião and Boliqueime.

From the Atlantic coast, the frontier with its neighbours extends northwest along the Ribeira de Algibre, before following the M526 municipal roadway to the Estrada Nacional EN125 in Maritenda. From here, the border travels southeast along the EN125 until just after the N396 motorway, where it then divides along a ravine southwest towards the Atlantic Ocean, alongside the Royal Golf Course. The coast includes 5.5 kilometres (3.4 mi) of normallyclassified Blue Flag beach.

Go Back to All Towns