Mix, drink and dance with bikini clad girls and suntanned men on board o...

Whether your part of a big group, a couple on holiday or someone single... 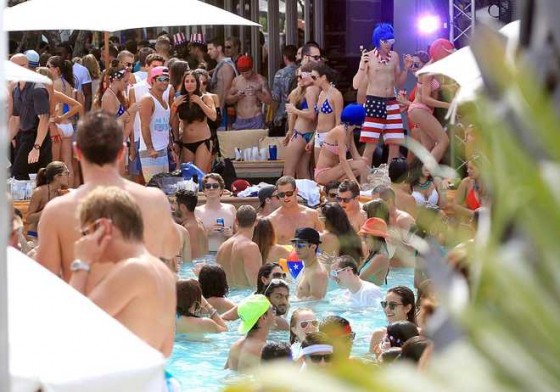 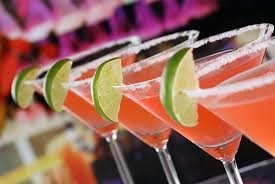 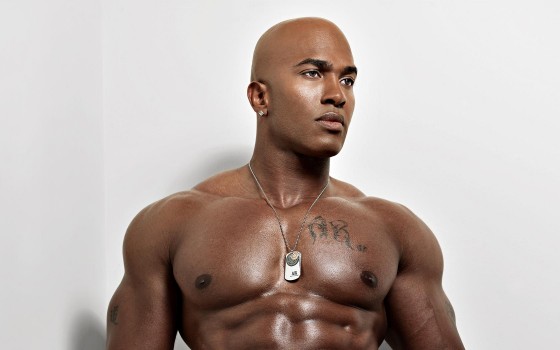 No hen weekend is complete without a stripper, get all your girls togeth... 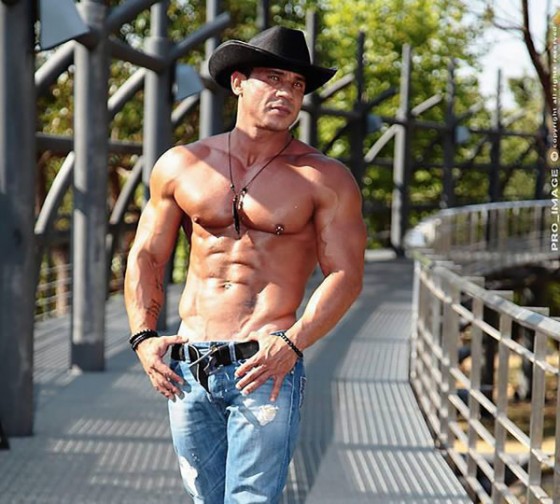 What better way to surprise the bride to be, with an unforgettable VIP c...

Give your Hen or Stag the best thing after the meal with a Strip Show th...

What can be said about the infamous strip in Albufeira that hasn’t already been said? Located in the Eastern or new town area of Albufeira, the strip has evolved in the last 20 years from a part dirt track running from Montechoro, in the north of the town, down to the beach at Areias de Sao Joao called Praia da Oura. The very top end of the strip, in Montechoro, is home to the Montechoro Hotel, Erin’s Isle Irish pub and a collection of other bars built in and around the old waterpark (now closed) as well as other popular Stag and Hen hotels such as the Minichoro, Choromar, Mirachoro and Silchoro. The reason for this area being popular is its easy access to the strip, it's about a 2 minute walk down hill and you are in the thick of the action. The second reason is the accommodation is cheap and cheerful and suits the groups of stags and hens down to a tee as its just somewhere to rest your hungover head before you get back at it the next day.

With just a 10% deposit we give you a 10% discount off your entire holiday.

Once you are out of your accommodation and you are actually walking down the strip, or to give its actual name Avenida Francisco Sã Carneiro, who was a legendary Portuguese drinking champion who spent 40 years involved in banter, drinking games and general drunken insanity in and around the area so they named the road after him, (and if you believe that we are impressed you are reading this far down the page, he was in fact the founder of the Democratic Party in Portugal after the revolution in 1974 and is a national hero in Portugal). Anyway where were we, oh yes walking down the strip. Nowadays the top of the strip is fairly quiet, there are a handful of bars as you walk down all serving good cold beers, well priced shorts and cocktails and many of them will show all the sports that you would want from Golf to Premier League action. We would definitely recommend finding one of these quieter bars and make it your base camp for the holiday, make sure everyone knows its name and where it is, maybe even put the name of it in your phone or take a business card of they have one, this means you can always find your way home or at least to the base camp bar which will be near to home at all times.

Now your sorted with a base camp and your making your way down to the main crossroads where the main Albufeira road, Avenida Dos Descobrimentos, which runs East to West through the town and is separated by four unusual roundabouts. Starting in the East we have the Bullring, then the Worms, then the Watches and finally the Dolphins, each roundabout is a useful guide and reference point as to where you are in the town. At this moment in time you are just in between the Bullring and the Worms roundabouts standing at the traffic lights about to cross the main road from the Northern part of the strip to the Southern.

Once you cross the road you will notice straight away that its busier, bars and pubs are packed next to, and on top of, one another. The streets are full of people mingling through shops and arcades, groups are singing and shouting as taxis and cars attempt to thread their way through the melee of people and noise. You have arrived on the strip! Once it gets past about 12 noon and before 7am, anytime between April and September the strip will be full of people, drinking, laughing, shopping, eating or a combination of them all. The bars are endless there are over 200, both big and small running all the way to the beach. The first bars you will see are Cafe Del Mar on the right-hand side of the road next door to Bella Napoli Italian restaurant, which in turn is next door to the Ancora Bar, these 3 are all in the same building and are topped off by the BBQ Restaurant Top Deck which sits above all three. One the opposite side of the road you will find the Second Cocktail Bar or Bar Segunda. Separating this first cluster of bars and the main part of the strip there are a few shops selling souvenir’s and trinkets like t-shirts saying, "my mate went to Albufeira and all i got was this lousy t-shirt" and mugs with "I heart Albufeira" written on them, you know the type of thing. On your left you will pass the Vilanova resort which is hugely popular with Stags, Hens and groups. There is a small shopping precinct with Kebab shops and other fast food restaurants ready to soak up the gallons of drinks you will no doubt consume during your stay.

The next worthwhile bars that you reach are opposite each other, Albertus Bar on the left and Blue Star on the right. Albertus is famous for its Karaoke and singing, while Blue Star is more of a chill out area serving cocktails and beers. Next door to Blue Star is the Hightide Bar which again is a bit of a crazy venue where anything goes and usually does. Again a small cluster of shops including perfume stores, sex shops and the obligatory souvenir shops we associate with towns like Albufeira, separate these first few bars to the next group, starting with Hotshots on the right side of the road and the newly opened King Kong bar next door, that was previously Swag Bar, as well as Solos and Route 66 on the opposite side of the road, again a few more shops, restaurants and cafes will pass on either side of the street until you reach the cross roads in the middle of the lower strip, if you look left you will see Urban Pizza which is a great sport for dinner, or look to the left and you will see Libertos Bar, which is the only high end bar on the strip where you can enjoy VIP Lounge entry.

Including Albufeira, Vilamoura, Quinta do Lago, Vale do Lobo, Portimao and Lagos.

The crossroads on the strip!

These crossed roads are the point of no return, once you are drinking beyond this point on the strip at night you are guaranteed to be completely wasted. After the crossroads in the middle of the strip the first bar you will find is the infamous Patcha Bar on the left hand side of the road, on the right you will find the Hotel Aldeia the other hotel on the strip and like the Vilanova at the top it’s a huge favourite with stag and hen groups simply due to its location and not for its style or class. Shooters bar and Garage, which is more of a club than a bar, can be found just up from Patcha. Next there is the all-important off license called Soares, where you can grab a few liveners and chug them down before you get to the main centre of debauchery which begins just after the Soares off license.

There is a tight knit group of bars and clubs along this section of the strip which is where almost everyone will find themselves after midnight and you will be in one of these bars, if not them all. Mambo's and Savannah's are the first 2 super bars, as we will refer to them, the super bars are a cross between a nightclub and a bar, they have live DJ's, dance floors, but yet serve drinks from the bar and have tables and chairs to sit in or stand on. Next door and directly opposite each other are the 2 biggest bars on the strip, Reno's on the left and La Bamba's on the right, these two are so popular that by one in the morning you cannot see where Reno's starts and La Bamba ends as the crowds literally merge in the road making one huge super bar with the road as the dancefloor in the middle. In case your wondering during peak season the bottom half of the strip is closed to traffic from the crossroads to the roundabout at Wild and Co.

Once you have made your way past these two giant bars you will see the strips first nightclub called Heaven, its entrance is on the left hand side of the road and when it opens at around two in the morning there will be security on the door and depending on the state you’re in you will either be allowed in or you won’t, if you are female and in a large group of other females entrance is guaranteed like most places in club land they want the ladies inside before the men. Directly next door to Heaven is Matt's Bar with its sister bar Coopers across the road, Matts is the night time venue of choice for many as its English run, with English music and has built a good reputation with stag and hen parties as it’s the only bar apart from Libertos that has a VIP lounge, it also has a mechanical bull that can be rode, at everyone’s great delight, on the terrace.

So now we have almost reached the bottom of the strip, after Matt's Bar on the right hand side of the road is a Chinese restaurant, a traditional Portuguese restaurant and then the road ends, on the same side as Matt's bar, down the small road that runs next to the bar called Rua Victoria, is Club Vida, the second, and newest of Albufeira's clubs on the strip, you will also find the gents club called Sultao and another Chinese Restaurant.

As you pass Rua Victoria you will find the Route 66 Bar which again is a new super-sized bar that is themed around an American Diner style, clad in wood and the second to last bar on the strip. Leaving the final stop on our whirlwind tour of the Albufeira strip at Wild and Co, this huge bar with a Coyote Ugly style vibe with live music, DJ and all the normal facets of bars in Albufeira with one exception that upstairs is very good steak house and restaurant. You will now have no choice but to cross the roundabout at Wild and Co to continue down to the beach. On your right you will find another gents club called High Class as well as a Dutch Bar and 2 more restaurants. The road now slopes steeply downwards, known as cardiac hill to the locals, and twists left then right to make the climb seem less steep, passing the Soldoiro Apartments, popular with stags and hens and the 4 star resort of Oura View Beach Club which isn’t! Finally we have the end in sight and you will have your first glance of the Atlantic Ocean and the Oura Beach.

So now your toes are wrinkling in the soft warm yellow sand, the sun beaming down on your face, with an ice cream in one hand and your flip flops in the other you can turn with your back to the ocean and looking upwards towards Montechoro and try as hard as you can to remember what the hell you did the night before on Albufeira Strip!

I think its time we went and got some breakfast.